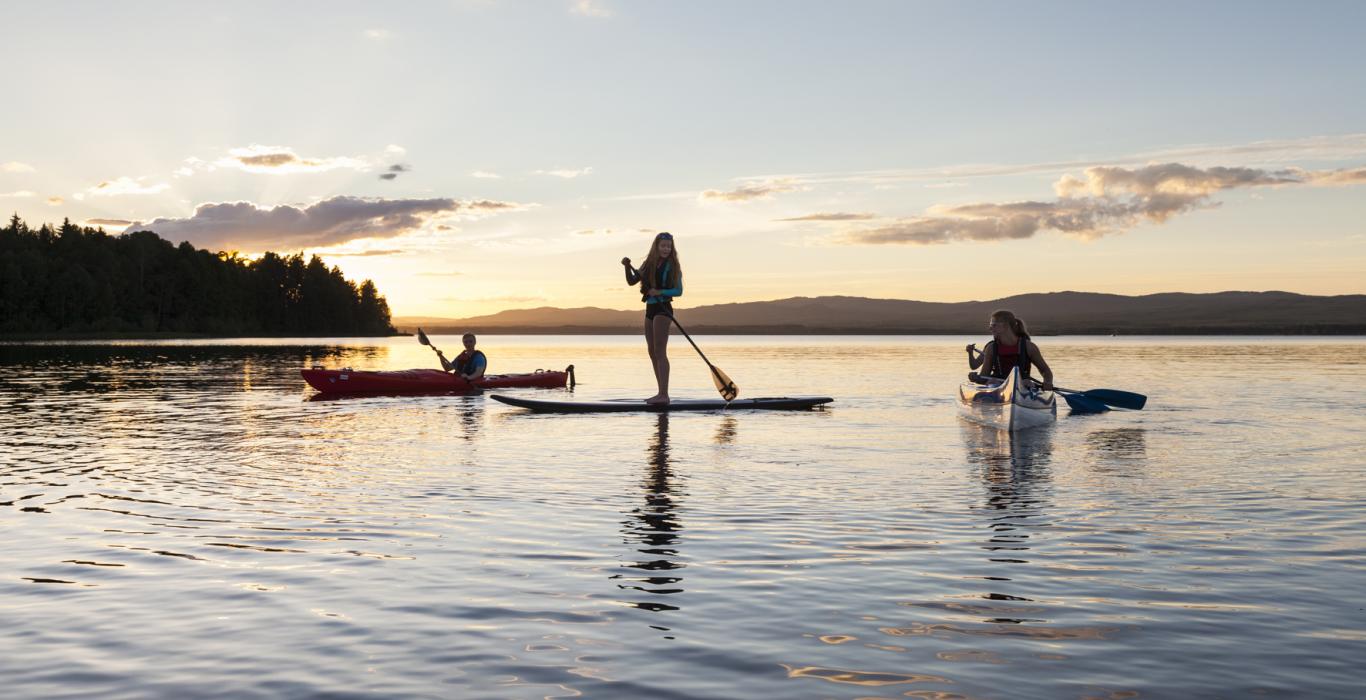 The area of siljan is known for it´s beautiful nature, culture and music events. There is a lot to experience all year around and every season has it´s charm.

Below we mention a selection of activities you can do in the area. For events in Orsa look at the calendar.

ACTIVITIES
ORSA PREDATOR PARK Europes biggest bear park, here lives bears, wolves, lynx, eagle owls and wolverines side by side with the unice possibility to observe the animales in their natural habitat.
SANTA WORLD is beautifully placed in the nature on the mountain of Gesunda, right outside of Mora.
SILJANSFORS FORESTRY MUSEUM here you can find a fire hut, charcoal kiln and a tar-valley built in it´s natural environment beside the E45 road, south of Mora.
BEAR EXCURSION Kvarnberg is one of the densest areas of bears in Sweden. Follow the bear researchers Andrea and Gunther on a guided tour in the Orsa wildernes.
MOOSE SAFARI Take part in a moose safari with  knowledgeable guides to see moose in the wild.
HORSE TRIPS on fjord horses from May to September.
MORA GOLF CLUB 18 hole course beautifully placed next to the  Österdal-river in Mora.
GRÖNKLITT 130 km cross country ski trails and 23 ski pistes for the whole family.
DOG SLEDDING Go dog sledding in Orsa Grönklitt.
SKATING Only 500 m from the hotel you can find a skating track on the lake of Orsa.
DISCOVER THE NATURE  Guided tours in the beautiful nature of Orsa by foot, bike or cross country skiing.

NATURE
FRYKSÅS FÄBOD is the oldest summer pasture dating back to the 16th century in the genuine environment of Dalarna.
HELVETESFALLET and STORSTUPET WATERFALLS an exciting trip north of Orsa.
SKRÄDDARDUEBERGA a well preserved summer pasture which in the summer have cows, goats and other animales like in the old days with homemade cheese.
THE GRINDSTONE MUSEUM With the mine cabinet, the hacking shed and a large number of old mines and buildings from the old manufacturing.
PILKALAMPINOPPI is a mountain 645 meter above the sea level in Orsa Finnmark.
KOPPÅNGEN is a nature reserve in Orsa Finnmark, 150 km long and 4 km wide.

CULTURE
MIDSUMMER EVE Dalarnas pride, celebrated in the villages in the area.
THE ORIGINAL DALAHORSE The most famous symbol in Sweden is manufactured in Nusnäs, south of Mora.
ANDERS ZORN The most famous artist in Sweden of all times. You can visit Zorns home and se his art collections, worth seeing is also Zorns old farm (gammelgård) and cabin (Gopsmor).
THE VASALOPPET MUSEUM  Vasaloppet - the oldest, longest and biggest cross country skiing race in the world. It starts in Sälen and ends in Mora.
GESUNDABERGET a mountain with the view over Siljan, 510 meters over the sea level with three stars in Guide Michelins greenguide. You can take the chairlift or hike to the top.
FALUN CUPPER MINE Dalarnas famous cupper mine in Falun, the mining started 800 A.D and stopped 1992.
JOBS HANDPRINTED TEXTILES handprinted interior textiles since 1944 in Västanvik outside of Leksand.
NITTSJÖ CERAMICS  in Rättvik is one of the oldest craftsmen companies in Sweden.

MUSIC
ORSAYRAN is a music festival in the centrum of  Orsa which takes place every wednesday in July and the fisrt wednesday in August.
DALHALLA is a beautiful place, formed by a meteorite, outside of Rättvik with concerts during the entire summer.
VATTNÄS CONCERT BARN right outside of Mora is the only concert hall in Dalarna with a big ammount of opera concerts of the highest class.